Home »NEWS AND EVENTS»NEWS»Fieldscale: touch-screens put to the test 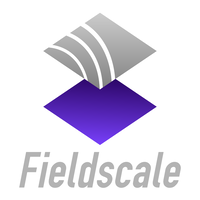 Fieldscale builds software simulation tools that will empower companies around the globe to create optimized products in the most cost efficient way. In particular, they develop software to test touch sensors that are used in a wide range of applications like phones, tablets, white goods, clothing or automotive dashboards.

Yiorgos and George, the two co-founders of Fieldscale, both experienced the pains of simulation first-hand. They faced day-long simulation runs to get the required accuracy, agonising over complicated user interfaces, and often enough, the algorithms failed to produce results. At a certain point, they decided to take matters into their own hands, founding their own company, Fieldscale.

Since day one, their plan has been to build better simulation software tools to help a broader audience of engineers create the next generation of products. Yiorgos Bontzios, CEO of Fieldscale, explains that “virtual tests save time and money. They by-pass the need for prototyping, which often takes up to six weeks to identify an error. Our software can do that in one day. Similar software exists, but it’s slow (could take up to a week to run a simulation) and complex to use. Our approach is built on new algorithms, it’s cloud-based and has the expertise integrated into the software. This makes it much more user-friendly.”

By early 2015, Fieldscale had a proof of concept and a prototype, but they were in need of financing in order to secure market validation. With the help of an investment from OpenFund, a Greek venture-capital fund backed by EIF, Fieldscale were able to develop the product further, running pilot projects and identifying market needs in the area of touch sensors.

The projects were successful and the company went from five unpaid partners to five paid employees by mid-2015, and then ten within a year. By mid-2017, Fieldscale had twenty employees and a global clientele.

“Without the investment we wouldn’t have been able to take off. Given the climate in Greece, there were very little options out there. OpenFund believed in us. They acted as our mentors, bringing in business know-how and helping to staff the company” says Yiorgos.

With the field of touch-screens constantly growing, particularly in automotive electronics, Yiorgos has good reason to be optimistic about the future. Fieldscale is now looking to secure more funding to develop new products for new markets. “Think of car windows,” Yiorgos adds, “that’s the next thing to be controlled through a touch sensor.”